Bright Mornings in the Rain Shadow

We all know that “rain-shadowy” places are brighter than surrounding areas. But one added benefit of being in the shadow is that mornings seem to excel in terms of relative brightness to surrounding areas when compared to other times of day.

Studies show that a large dose of bright light in first several hours after wake up is highly therapeutic for people who are mood-light sensitive.  So, this early morning boost in the rain shadow is perfectly timed for many people.

There are several reasons why the mornings are comparatively bright in the center of the rain shadow.  First the sunrises are unobstructed…as soon as the sun gets a few degrees above the horizon, it shines across the Strait of Juan de Fuca and hits the Dungeness plain. 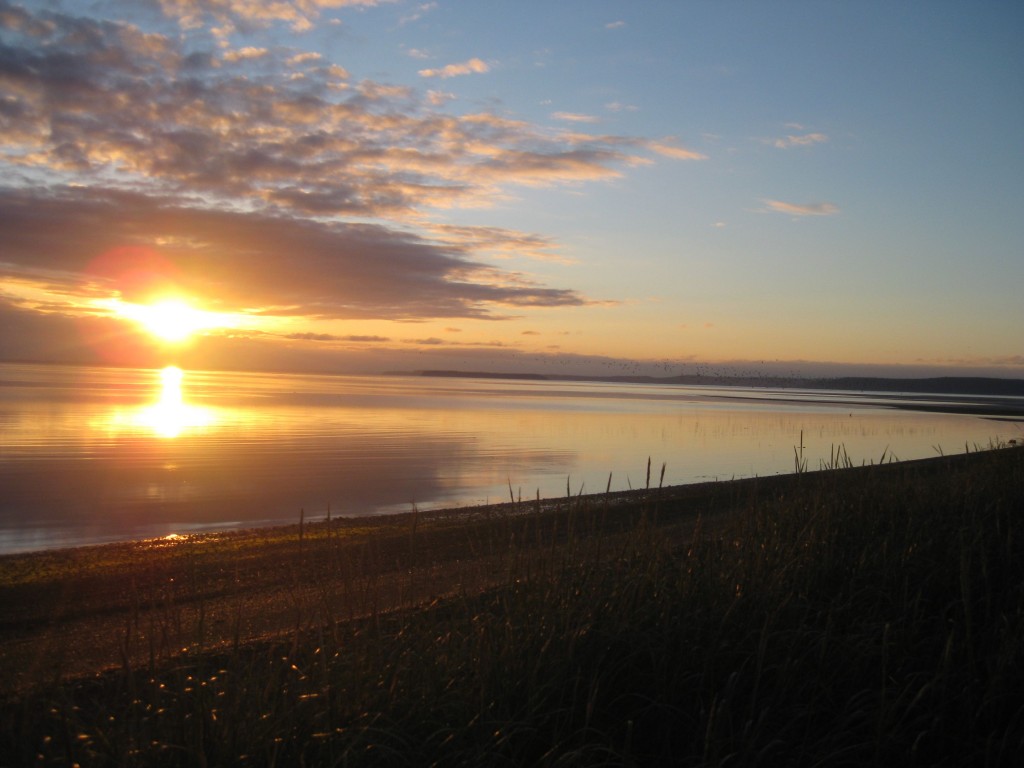 Then, given the flat terrain in the area, it is one of last places to be impacted by convective clouds. Often we have what appears to be a sunny clear day, then see the clouds gather over the surrounding terrain and but take their time to fill in over the flatter areas of the rain shadow…yielding a nice sunny morning.

Many days the marine layer (aka fog and low clouds) may be be moving in. Often when this happens, a tongue of clouds and fog is clearly visible and moves right down the center of the Strait without actually affecting the rain shadow areas.  It’s almost as though someone poured fog into the Strait and it ran right down the middle and into the Everett, Seattle, Tacoma basin without affecting Sequim.

Here is a dramatic photo that shows the marine layer moving through the middle of the Strait. 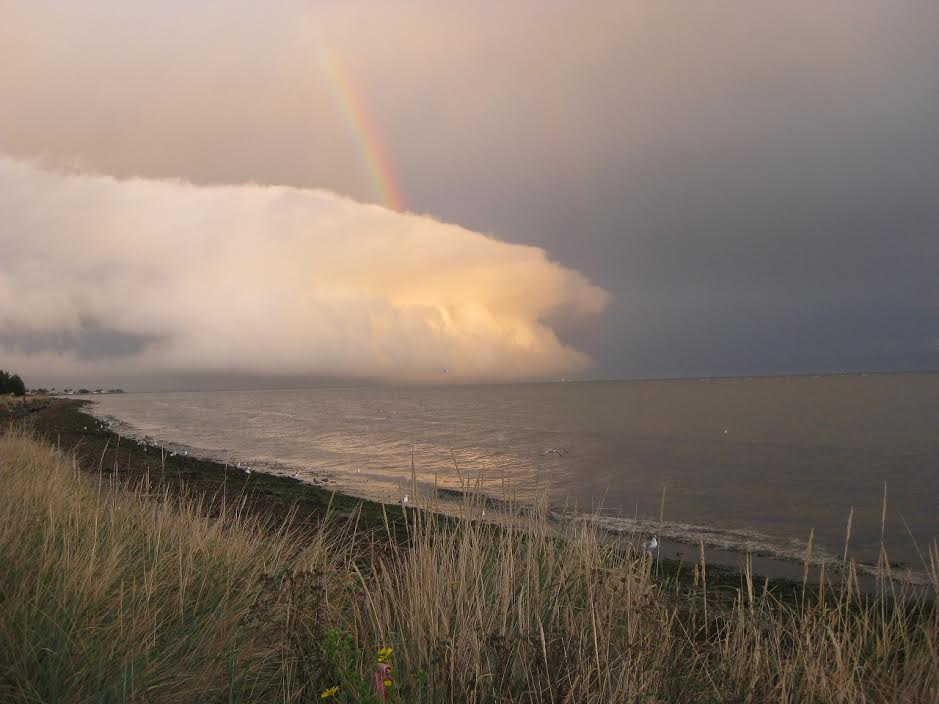 Finally,  there are many full-on rain shadow effect days, where a significant storm is moving in from the West, and a blue hole sets up right over Sequim.

Sunday September 13th, 2015 was one of those marine layer days that got a great dose of relief in the early hours.  The day dawned dark and dreary in the Seattle Metro area yet light and bright on the Dungeness plain.

So if you’re a morning person and the darker mornings are starting to get you down in the metro areas, make a run for the shadow! 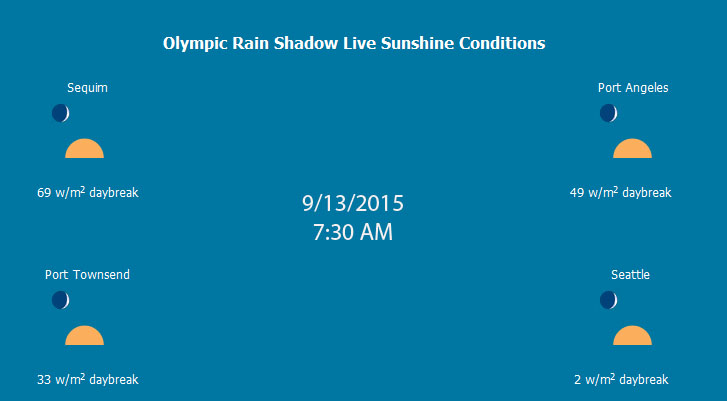 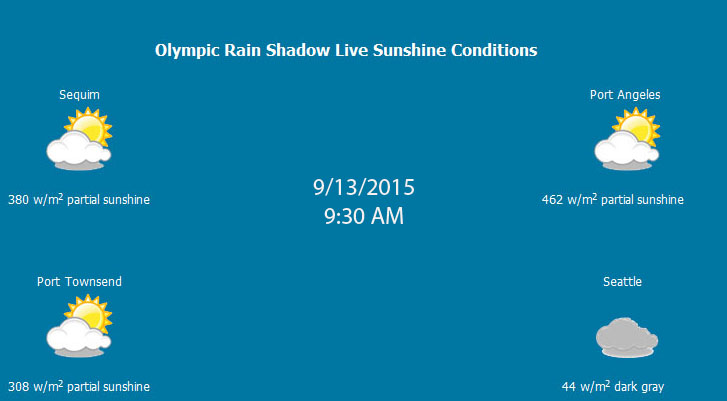