Does the Fog Machine trump the Rain Shadow?

The answer is unfortunately yes.

For the last seven days we have been in blocking pattern with a ridge of high pressure centered to our west out over the Pacific Ocean. This has prevented low pressure weather systems of any strength from forming and passing through our area. The result has been very little wind and very little precipitation. These conditions mean stagnant cool air at the surface; cool air holds less moisture, so the moisture present in the air precipitates out in the form of microscopic water particles and creates the dreaded fog.

The rain shadow forms when we have strong winds coming from the south west; well we have none of those in the current weather regime, so the fog often just “sits”. Cliff Mass recently wrote an excellent summary on winter time high pressure and the fog machine  here.

There is though consistent relief from the fog. Ironically those same Olympic Mountains that block the storms during an active weather pattern, jut right up through the fog layer into the bright sunshine during stagnant patterns. The image below, taken on Wednesday December 7th looking out west over the Elwah Valley from an elevation of approximately 5000 feet, shows the sea of lowland fog that invaded the lowlands and the crisp sunset over Mt. Olympus. 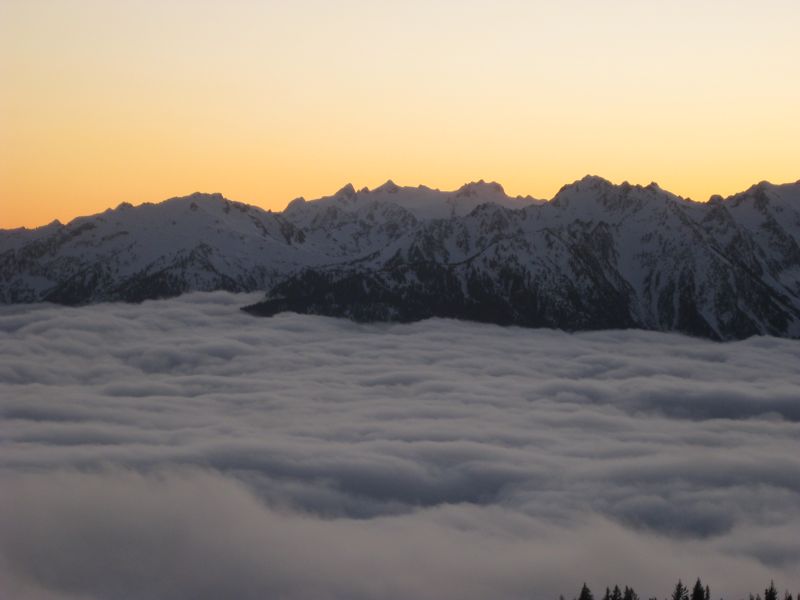 From December 5th to December 11th 2011, the Sequim Weather station recorded 6 of 7 days as overcast or dreary; December 7th, the date of the above photo was definitely “dreary”. I checked the new live Sunshine page on the website frequently during this period, and most of the time nowhere was recording those nice little sunny icons.

Here is the link to  the new live sunshine roundup page: Sometimes one city or another might flip to partial or bright sunshine, but then quickly enough it would flip back, showing how fickle the fog can be.

While often people will mention how atypical it is that we get a period of stagnant weather during typically “stormy” December or January, in my experience it is quite common. Last year we were slammed with a similar pattern during the month of January, while December was much nicer than this year.

Here is a quick summary of the first 11 days of three different months at the Sequim rain shadow weather station.

In summary, the fog machine kicks into gear exactly when the rain shadow goes into neutral. This is usually “no where to run, no where to hide” weather in the lowlands, but the mountains do offer some nice relief. 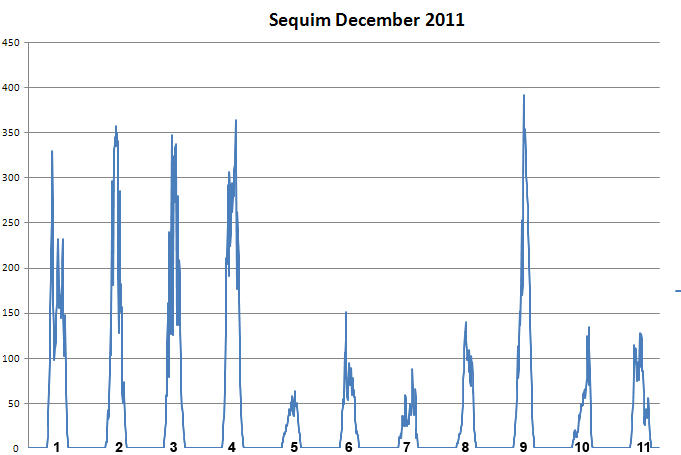 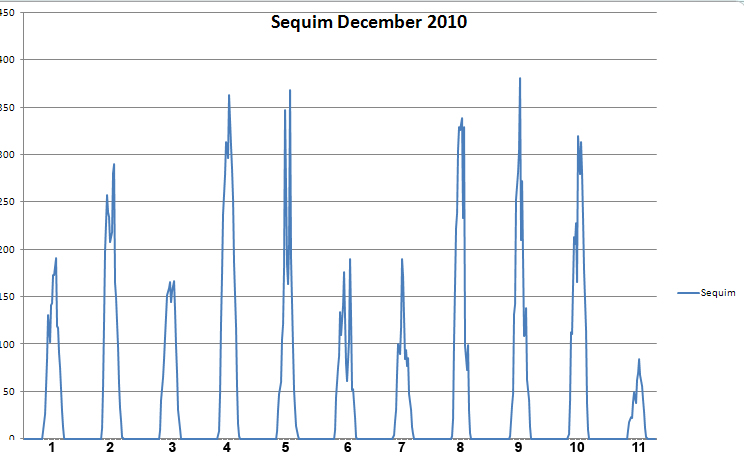 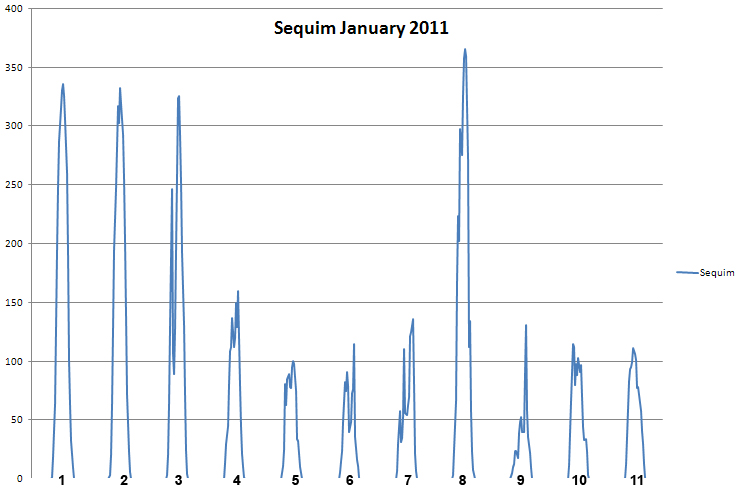 One Response to Does the Fog Machine trump the Rain Shadow?