We are in a two week period of extreme storminess right now, which as Scott Sistek of KOMO noted, includes 10 storms lined up and aiming at us, yet the weather doesn’t seem that dreary.

The last week has seen a lot of sunshine, likely enough to qualify as mostly sunny days in the center of the shadow in Sequim, while at the same time there have been periods of strong winds and strong showers.

Hurricane ridge, now with 10-15 feet of snow pack, has probably received more snow in the last few days than the entire month of January, while it has been for the most part bright, windy, and dry down on the Dungeness plain.

What is going on here? Well, we have a cool, active, zonal storm pattern combined with dramatically increasing seasonal solar radiation. The storms are rolling in fast and furious off the Pacific and blasting the high country of the Olympics and Cascades, while creating a nice big shadow at the same time, even extending over the Seattle area at times.

Net result, sunshine peaks through the shadow frequently, leaving us with the perception of bright weather. This is exactly the opposite of the dreary weather we saw in January, which was characterized by weak, slow moving, warm storms, and persistent overcast.

Below is the solar radiation chart from our Sequim weather station for the very stormy period that commenced on Tuesday,  March 8th, 2011. Five of the seven very stormy days look like mostly sunny days in the rain shadow, with the other two have moments of bright sunshine.

Cliff Mass , of the University of Washington, noted the dramatic shadow in an amazing radar image from Sunday, March 13th, and we’ve put up some photos at the bottom of this post which capture the essence of the shadow on the the evening of the 13th and during day on the 14th of March, 2011.

Bottom line, as we noted on our meteorology page, spring storms are often good for sunshine in the shadow!

Here is a photo from Sunday evening, March 13th, looking from Port Angeles, to the E-NE, into the forming shadow. The reflection is off the flat roof of a building. 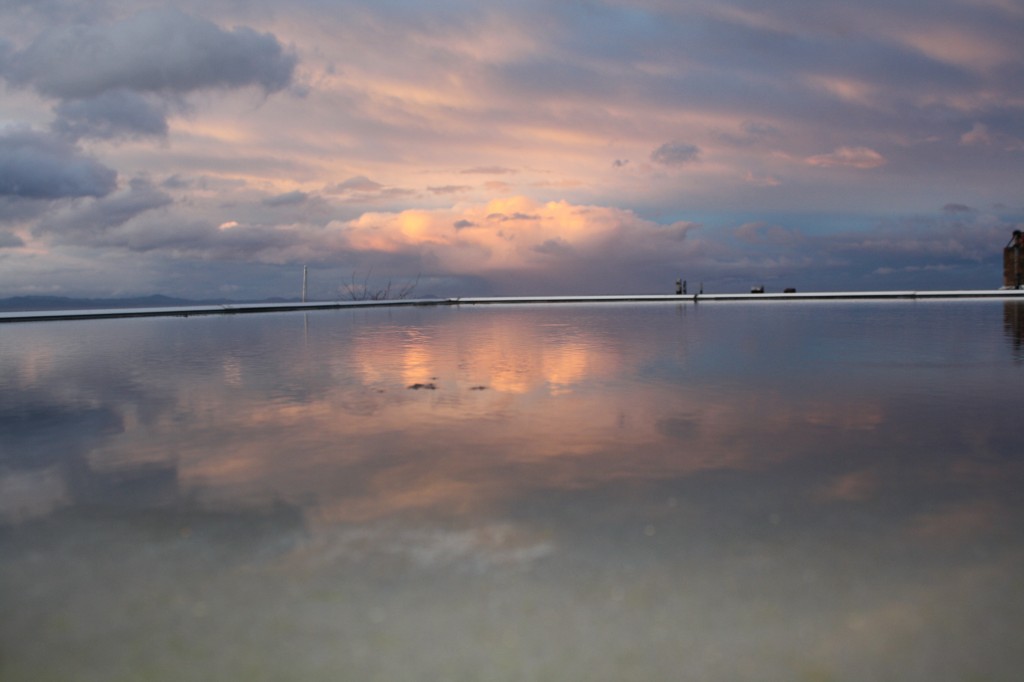 The photo below is taken looking SW from the Dungeness Plain, toward the mountains, on Monday, March 14th. The subsequent photo is taken from the same place, same time, but looking NE, toward the Strait, into the shadow. 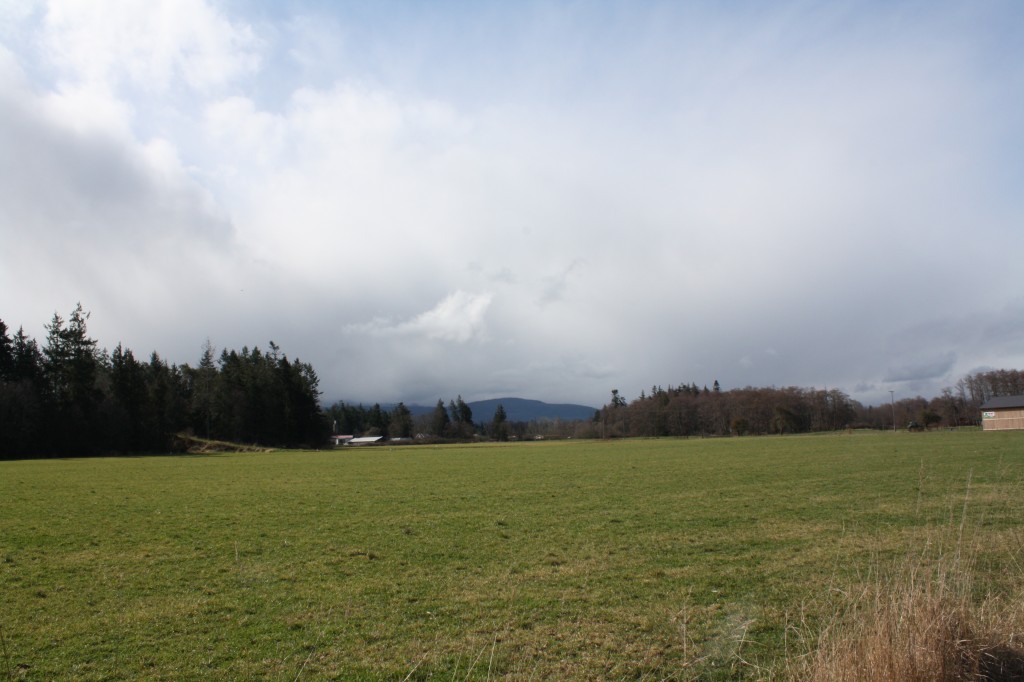 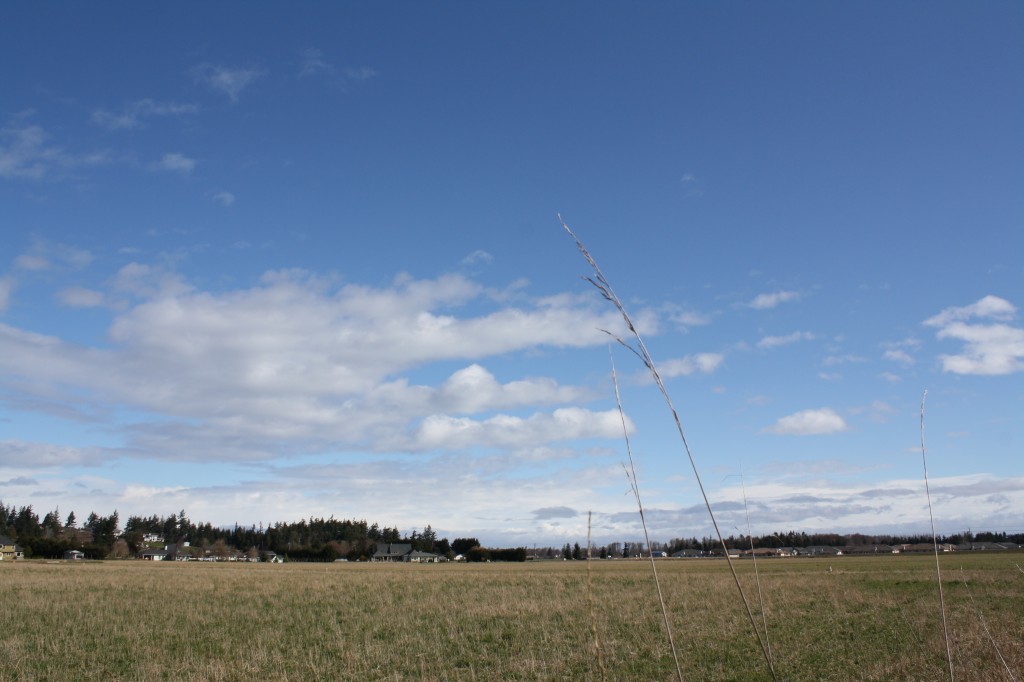 The below photo shows the clear blue skies in Sequim on Monday, March 14th, while the following one, taken roughly two hours later near Poulsbo, shows the heavy rain at that location. Of course, your mileage may vary; the shadow has a mind of its own! 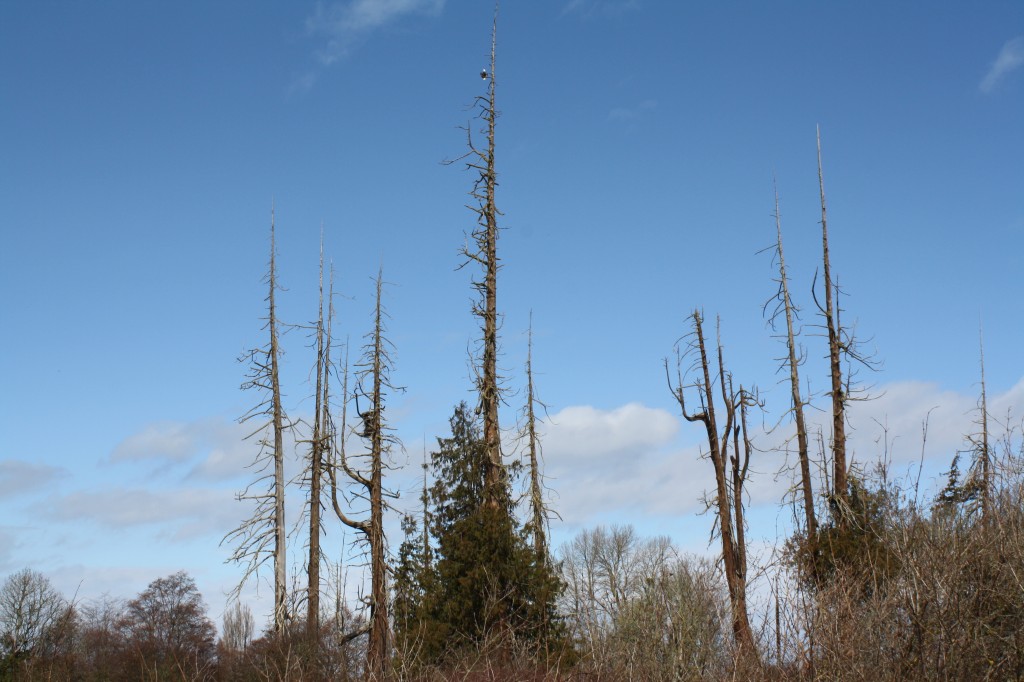 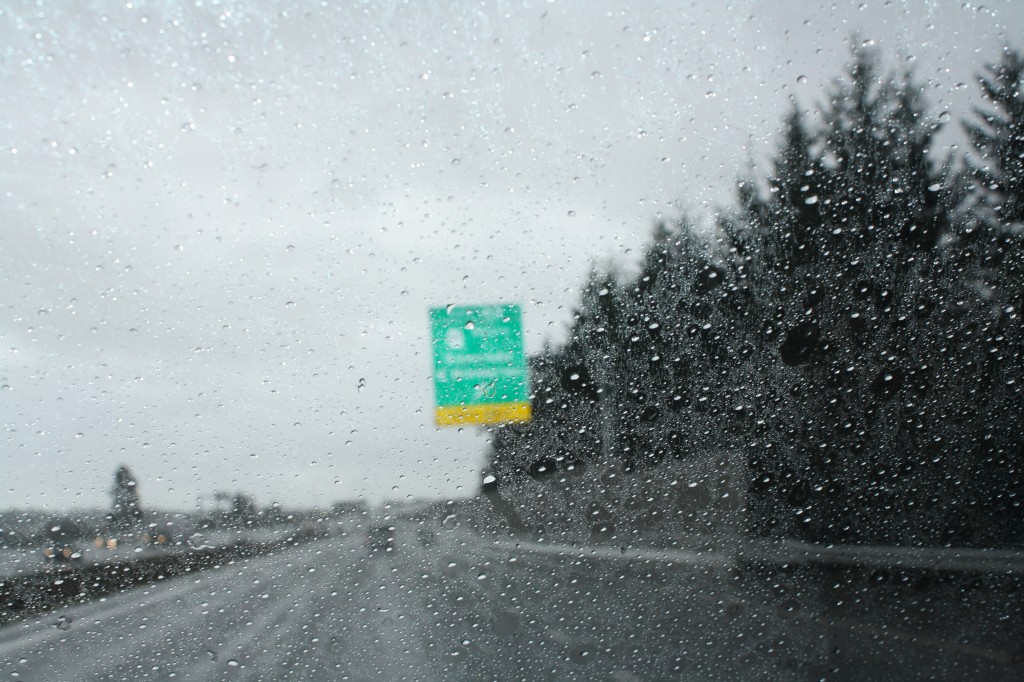